The report, which is now in its fourth year, offers insight into the habits, intentions and attitudes of people who participate in snowsports, both here in the UK and abroad. It also offers some understanding of the state of the market and the likelihood for growth or decline in its size. It is the only independent piece of consumer research in the snowsports market of its kind.

Who are the respondents?

Has Brexit had an impact on skiers?

Brexit seems to have had little effect on the desire of skiers to continue pursuing their holidays. The survey responses were collected both before and after the referendum. Even amongst the ensuing uncertainty and exchange rate changes 65% of skiers said their skiing habits would remain the same over the next 3 years.

For the 2,300 non-skiers it was asked how likely they were to ski in the next three years. Over 5% gave a positive response (scoring 9 or 10 on a 10-point scale) – a strong potential pool of new skiers.

However, when the result was split between people responding before and after the referendum there was a major significant difference. Before the referendum 7.2% had scored their potential to ski as 9 or 10. After, if had dropped to 4.5%.

Repeat purchase intention in the ski market is extremely high. Of the people who skied last season an impressive 97% say they will ski again in the coming season.

Skiing also remains hugely popular with 92% of those who go on a snow sport holiday choosing to ski, from these 39% choose off-piste, an increase of 3.7.% from 2015. Snowboarding accounts for some 12% of activity (down slightly on last year’s results). Although not recorded last year, 4% this year stated that they did freestyle skiing on their holiday.

Advocacy is found the more times you try; those people who skied 1 week or less recorded a Net Promoter Score* rating of 59, those that skied 2 to 5 weeks’ scored 75 and those over 5 weeks tended to score 80 and over.

Loyalty to specific markets also remains strong – 74% of people who skied in France on their last holiday say they will go there for their next ski holiday with 61% stating Austria and 49% choosing USA & Canada.

Solo travellers on the up

Although 38% of respondents had skied with their own or other families on their last ski break, 31% with friends, it was notable that 7% stated that they travelled alone, a significant 2% increase from the 2015 research.

The report identifies new skiers as those who have skied 1 week or less and this year saw 33% were aged 40-49. From these they tended to have gone with their families.

When asked where they were likely to ski, they are more inclined to visit Andorra and some of the Scandinavian markets and significantly less likely to visit France in comparison to all other skiers.

Do we ever stop?

This year we asked people about whether they had taken a break from skiing of more than three years with 66% v 34% stating yes and no. The largest age group that featured in the yes category were the 40-49 year olds, perhaps children, work commitments or the classic cash rich/time poor issue features. The biggest age group who have not taken a break of three years from skiing is the 60+. This age group are more likely to have retired, and to have more time and money to continue their skiing each year.

The most common reason for a break has been taken was children. On top of this ‘other commitments’ and ‘costs’ as well as being at university also figure – but children remain the major issue.

However, what brought people back was their children, a love of skiing as well as increasing affluence and time. Skiing with friends and families is also often a great motivator too.

Although skiers enjoy skiing, the Net Promoter Score* rating across the customer journey highlights some concerns that continue in the market. The journey to get to a resort continues to be highlighted as not an enjoyable experience. Airline and airports are under-performing compared to the rest of the experience.

When do customers book?

New skiers will also spend significantly less, with 28% spending less than £500 per head compared with 19% of all over skiers.

Once again, guaranteed snow is the number factor when choosing a resort, the size of the ski area and quality of accommodation make the top three. Interestingly, how busy the slopes are has risen but price still squeezes into the five most important factors. For the under 30’s market, price moves up to number 3 but quality of accommodation drops to a ranking of 5. Quality of après ski ranks in 6 rather than 12th for the rest of the market.

Preparing for a ski holiday

This year respondents were asked how they prepared for their ski holiday with 80% taking part in general fitness activities before they depart and 37% participating in other sports. Cycling came out as the clear favourite (although slightly less for the under 30’s market) but other popular sports also included swimming, tennis, golf, and squash, climbing and going to the gym

One fifth also visit an artificial slope in preparation. Interestingly it is the under 30’s market, and those who are often less experienced, who will visit an indoor ski slope.

Taking things into your own hands

The independent market – though a challenge to quantify accurately – and classed in this report as those who book elements of their ski holiday themselves rather than as a package seems to be holding steady. Last year it was identified that 33% of the market book independently – this year that figure was 34%.

There is a tendency for the 40-49 year olds to favour booking independently compared to those who are 60 and older who prefer to book with ski companies.

One of the key interesting trends that anchors the independent market is flexibility. Independent travellers are far likely less to book a standard 7 day break with 48% of people doing so compared to 78% who booked with a ski company.

Buying in UK store remains favourite but online is catching

The UK ski & snowboard equipment store retailers remain the favourite purchase channel for ski equipment although this figure has been slipping downward across the last 2 years with 53% choosing to buy from a store in 2015 and 48% in 2016. Online purchase has increased once again by 4%.

What was highlighted was the discontentment of respondents purchasing either snow sport equipment or clothing in a resort with a very low Net Promoter Score* rating of -15 and -18 respectively.

The Ski Club of Great Britain Consumer Research Report 2016 was developed in association with SPIKE Marketing and is sponsored by Travel Insurance Facilities.

The survey generated just over 17,000 responses in total. Of these, 14,838 were skiers/snowboarders and approximately 2,432 were not. 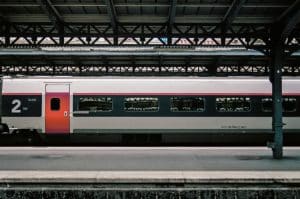 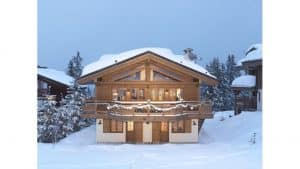 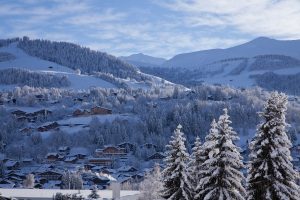 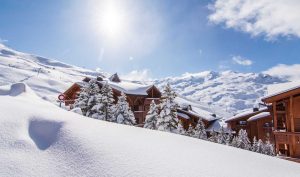